From the early 1900s, low-denomination coins were made of base metals like copper, zinc, tin, or nickel, while quarters, dimes, half dollars, and $1 were specie coins made of precious metals. And even in the early 60s, these higher denominations were still mostly silver. This all changed in 1965 after the National Coin Shortage. But let’s look at the 1962 Quarter Value.

History of the 1962 Quarter

In the early days of our republic, we didn’t put our presidents on coins. This was because our 1st President, George Washington, vetoed the idea as too colonial. But over time, we ended up embracing this practice, and today, there’s an entire Presidential $1 series that honors every US President ever, though they have to be dead at least two years before they get onto a coin.

The program ran from 2007 to 2020, but Washington popped up on US currency long before that. In 1869, he was placed on the $1 bill, and in 1932, he appeared on the Washington Quarter. Both these denominations are still in circulation because he was such a popular Founding Father. And that first Washington Quarter (25c) was designed by John Flanagan.

The coin was only planned for one year, and the assumption was that the Standing Liberty Quarter would reappear in 1933. But people loved the Washington Quarter so much that it’s still being minted today! Furthermore, the reverse of this coin is routinely redesigned to mark key people and places such as the 50 states, 6 territories, parks, and American Women.

At a glance, the heads side of the Washington Quarter has only changed twice – once to make it smaller and better-defined for the 50 States Quarters, and once more when it was swapped for Laura Gardin Fraser’s design in 2022. In reality, though, even the older 25c coins were adjusted at least ten times, and once, they forgot to put the JF at the neck cut-off!

But while the heads side of the Washington Quarter is rarely messed with, the tails side gets changed fairly often. And since proof coins were made using different dies than business strikes aka circulating coins, that was one of the bits that got tinkered with. You can spot one of these adjustments by looking at the legend United States of America from 1937 to 1964.

On some of the coins, the E and S in States are so close they’re almost touching, and this was called the Type 1 Washington Quarter. On others, the E and S have significantly more space between them, and that’s the Type 2 or Type B Washington Quarter. Type 2 dies were only struck for proof coins, but occasionally, the mint would run out of viable business strike dies.

In such cases, they’d sometimes use older proof dies for regular strikes, so these coins would have the Type 2 ES even though they weren’t proofs. They might also look a little shinier, though not as much as proof coins, since their planchets were unburnished. More on that later. Still, the error and that extra shine can give Type 2 coins high grades and better prices.

In 1962, no quarters were minted in San Francisco. The coin section of that mint closed from 1955 to 1968 because there was less demand for coins at the time. But the mint did make Uncirculated Mint Sets with high-quality satin-finish coins from Philadelphia and Denver. These sets contained a (P) and D penny, nickel, quarter, dime, half dollar, and dollar coin.

The idea was to have a coin from each mint and denomination. But these coins weren’t Special Mint Sets or proofs so they weren’t uniquely designed. Instead, mint workers sifted through coin hoppers and picked out the best, shiniest coins that had a smooth satin sparkle. These were grouped into sets and sold to collectors before they got too dinged in circulation.

Today, if these coins pop up in coin rolls or coin bags, they might be graded as PL for Proof-Like or DPL for Deep-Proof Like. This is a separate grade from Proof Coins graded PR by PCGS or PF by NGC. For reference, PCGS is the Professional Coin Grading Service while NGC is the Numismatic Guaranty Company or Corporation, the best-known coin assessors.

Features of the 1962 Quarter

It’s natural to describe the characteristics of the 1962 Quarter in ordinary terms. But as you go deeper into numismatics, you may want to learn the technical language as well. So here is some of the top-level jargon. The blank discs that form coins are coined planches, and they get punched from massive coils of metal sheets that have the right thickness and metal mix.

The heads side of a coin is called the obverse, the tails side is called the reverse, and the thin sides are called edges. These can have reeds or they can be plain/smooth, and sometimes, the edges have writing. The words on a coin are called mottos or legends. The images are known as devices, and the backdrop of a coin is referred to as its field. Now for the features.

The Obverse of the 1962 Quarter 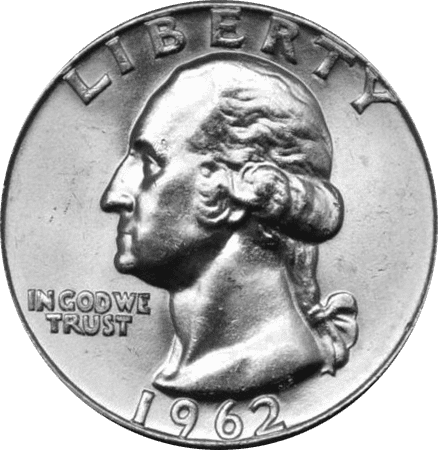 The obverse (heads said) of the 1962 Quarter has a portrait of George Washington designed by John Flanagan. His initials, JF, are subtly engraved at the neckline cut-off. The top of the coin reads Liberty, and the motto In God We Trust is on the left, under Washington’s chin. The mint date runs along the lower rim of the coin, below the cut-off point of the sculpture.

The Reverse of the 1962 Quarter 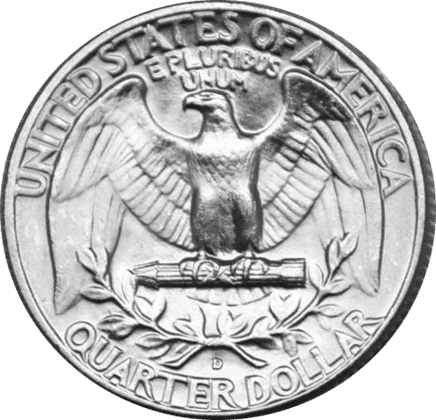 The reverse (tails side) of the 1962 Quarter has a well-centered eagle as its device. The bird has its wings wide open and is carrying 13 arrows in its talons. These arrows represent the first 13 States that joined the Union. The bird has a pair of olive branches under its wings.

The mint mark is in the middle of the sprigs, below the spot where the two olive branches meet. At the very top of the coin is the legend United States of America, and the motto E Pluribus Unum is under the legend. The denomination, Quarter Dollar, is at the bottom.

Other Features of the 1962 Quarter

The 1962 Washington Quarter was among the last few sets of Quarters made of 90% Silver and 10% copper. This stopped in 1964 due to the coin shortage of the 1960s. This silver coin measured 24.3mm across and had a reeded edge. The coins were only made in Denver and Philadelphia because low demand closed the San Francisco Coin Mint from 1955 to 1968.

What makes a coin valuable? Well, coins have a designated face value, but if the coin comes from a treasured mint location, has low mintage volumes, or has sought-after mint errors, it can be worth more money. Newbie collectors might be attracted to proof coins because they look expensive. And when they’re first released, they do cost more than business strike coins.

But almost all these mint coins are preserved in their display cases, so unlike circulating coins that degrade in everyday use, proof coins retain their physical condition. So almost every resold proof coin has maintained its high grades. And since you can find so many high-quality coins, their supply keeps their prices low. But let’s look at mint marks for a moment. 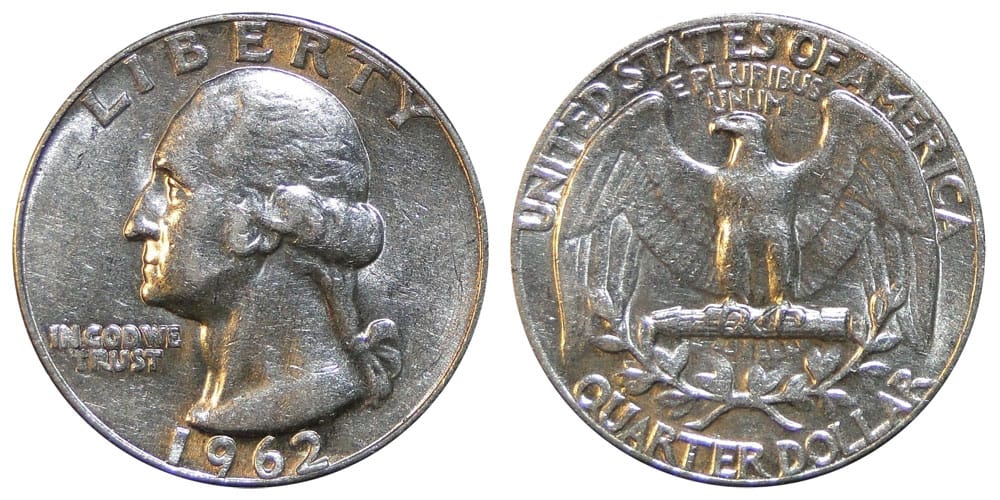 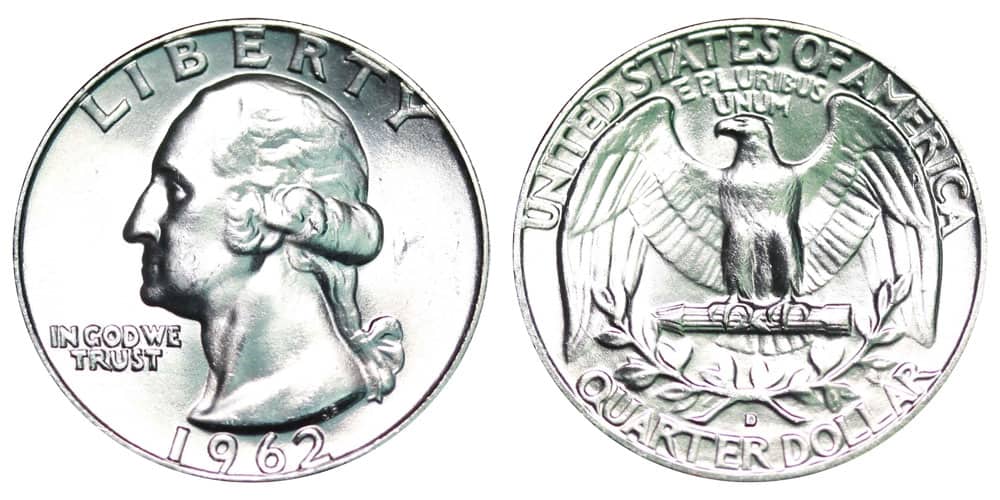 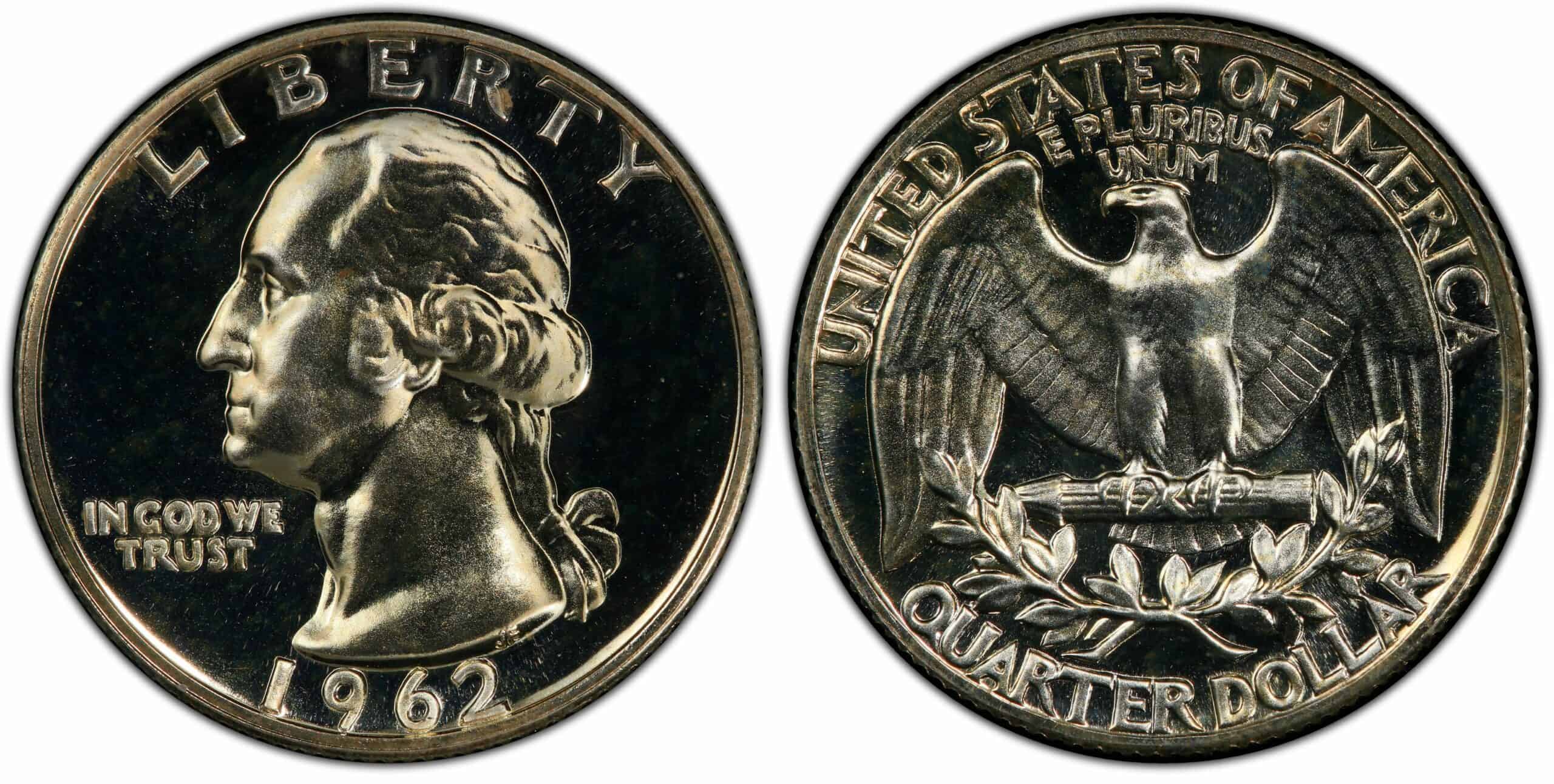 Proof coins are easy to spot because they’re so sharp and shiny. So we assume they cost more than normal business strike coins that are minted for circulation. But remember, proof coins were originally made for storage in the archives, to ensure the dies had no mistakes. It’s only later that they started selling to collectors at premium rates, to earn extra cash for the mint.

In the early days, these coins had a matte finish, just like French-made proofs. But after 1936, these coins were specially made with mirror-like fields and frosted devices. The mirror finish was achieved by tumbling the planchets with stainless steel balls, then rinsing off any residue. They were then struck multiple times using dies that were designated for proofs.

The die fields were polished with horse hair brushes to achieve that same reflective finish, and the devices were either frosted using special chemicals (before 1970) or computerized lasers (after 1971). This means acid-pickled coins had three grades – Deep Cameo or Ultra Cameo for the first 50 to 100 coins, Cameo for the next 100, and regular proof for the rest.

These differences occurred because the chemical haziness wore off with every strike and eventually faded. But on newer laser coins, that DCAM or Ultra Cam finish is retained on every proof coin. 3,218,019 (P) Proof Quarters were struck in 1962 at the Philadelphia Mint. In PR 70 the auction record was $322 in March 2002. The current estimate is only $240.

A validated coin error or variety can be worth more than a flawless coin, especially in high grades. But how do these mint mistakes happen? Well, coins are made on coin presses, and the process has three stages – the hub, the die, and the planchet. A prototype is used to make a master hub, which later makes a master die. The master die then makes a working hub.

This working hub makes several working dies, which are then stamped with mint marks. Then the working dies strike planchets to make coins. To make sure all the details are well reproduced, each stage strikes its target multiple times. And if the target shifts between strikes, you can get misalignment mistakes that include doubling, tripling, off-centers, etc.

A DDO or doubled-die obverse happens if the die moves between hub strikes. This causes the second impression to land on a slightly different spot. The doubling can appear as fat letters or overlapping shadows and serifs, and on this coin, you can see doubling on the motto, In God We Trust. In the mid-mint state of MS 66+, this 1962-D DDO Quarter sold for $3,200. 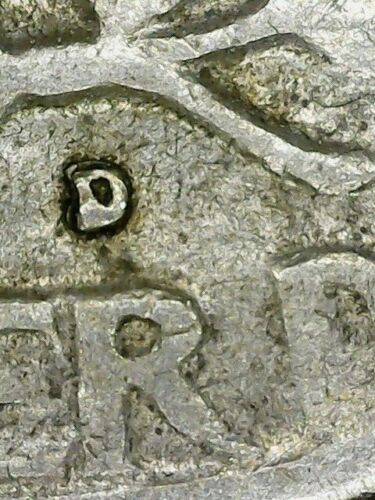 RPM means re-punched mint mark, and it’s a doubling error that’s specific to the mint mark. It’s usually added at the end of the die-making process and used to be manually punched onto the working die. The error is written as D/D and read as D over D since the second D isn’t in the same spot as the first one. In MS 65, this 1962 Quarter D/D sold for about $144.

DDR means doubled-die reverse, and it’s similar to a DDR except that the error is on the tails side. DDRs, DDOs, etc. are referred to as varieties because the mistake is transferred onto every coin produced from that flawed die. So you’ll have a whole batch of coins with the same error. And in MS 64, this coin only sells for $25 because so many of these coins exist.

FAQs About the 1962 Quarter

How Many Ounces of Silver is a 1962 Silver Quarter?

The 1962 Quarter is 90% Silver and 10% Copper. It weighs 6.25g, which means it has about 5.625g of silver. If you convert that to ounces, it’s roughly 0.1984 oz. You can round it up for practical purposes and conclude that a 1962 Silver Quarter has 0.2oz of silver. But that’s for standard ounces. If you’re more interested in troy ounces, then the 1962 Silver Quarter has 0.1818 troy ounces, which still rounds up to 0.2 troy ounces. For reference, a troy ounce is 1.097 the mass of a standard ounce. Troy ounces are only used to measure precious metals.

How Do I Know if My Quarter is Valuable?

Starting from 1965, most US circulating coins were converted to the Johnson Sandwich of 91.67% copper and 8.33% nickel. This metal mix was chosen to take the silver out of coins without changing the coin’s mass, proportion, or appearance. And it was done because the high spot price of silver was making people hoard coins and melt them down for bullion, so the mint was losing money by constantly making new coins. The top way to spot a valuable Quarter is to check the date and mint mark. Pre-1965 coins are silver, so they’re worth more.